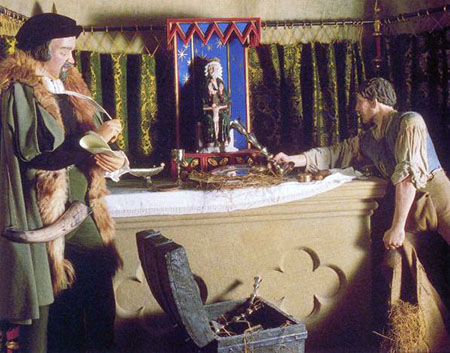 The history of the Bicester area in Tudor and Stuart times was strongly influenced by religious changes and the effects of the Reformation. The elaborately decorated local mediaeval churches were stripped of their finery and a more austere setting was substituted in its place. 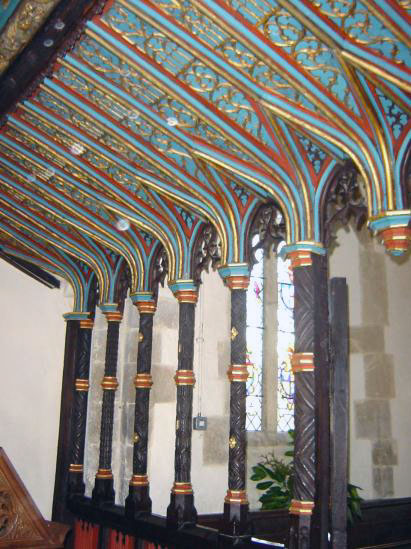 Some mediaeval treasures escaped the purge and excellent examples of early English church architecture can be found at Fritwell, Oddington, Ludgershall, Stoke Lyne, North Aston and Charlton-on-Otmoor. The Rood Screen and surviving traces of wall decoration at Charlton indicate the richness and splendour that once must have graced the churches of the area. Bells were cast at Bell Lane in the town and Caversfield Church boasts the oldest inscribed bell in the country. Stained glass windows and mediaeval wall paintings at Beckley, Stratton Audley, Woodeaton and Piddington represent fine examples of their type. Representations of "The Doom", St Christopher and St George are subject matters for early paintings.

The Royal Coats of Arms and religious texts that replaced the colourful paintings provide social and political statements rather than artistic merit. 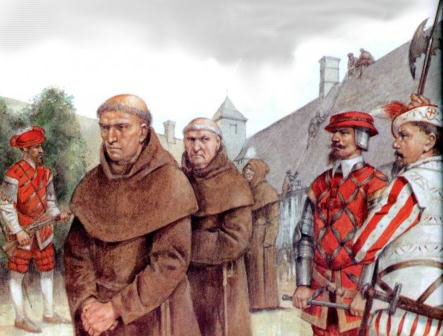 The Reformation affected Bicester dramatically in 1538 A.D. when the Priory closed and its treasures were scattered. Parish churches were stripped of their Catholic symbols and religious persecution was rife. The Buckinghamshire and Oxfordshire Uprising gave vent to the anger of the local population as the new common prayer book was introduced during the reign of Edward VI.

Evidence of crime and punishment was recorded in many local sources and examples of stocks still exist in Bicester and at Weston-on- the-Green.

Roman Catholicism was practiced in secrecy with a number of local families risking all to maintain the old faith. Catholic Mass was celebrated at a number of locations such as Hardwick, Souldern and Godington. Priest holes have been found at Manor Houses in Souldern and Hardwick. A Catholic Chapel was established on the outskirts of Hethe in 1832. It was not until 1906 that a Catholic Church was dedicated in Bicester.

Agriculture remained the main occupation of the region and activities followed the pattern of the seasons. Enclosure of the countryside began to affect the lives of those living in rural locations, an unsuccessful agrarian revolt took place near Bletchingdon in 1596 A.D. 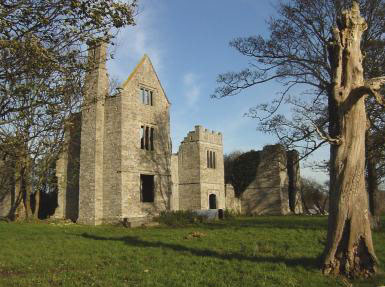 The landowners became wealthier and invested by building substantial Manors as at Fritwell, Beckley, Merton and Hampton Gay. The poor had limited provision made for them. Almshouses were built such as at Horton-cum-Studley where an interesting set of rules still survives. 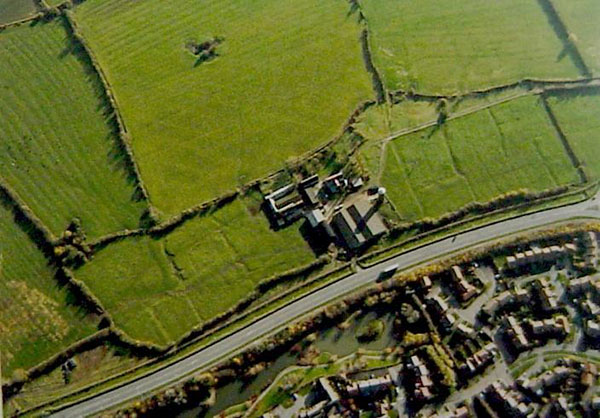 Royalty and a range of notable dignitaries visited or resided in the area at times. Disease was never far away with poor living conditions contributing to the problems. 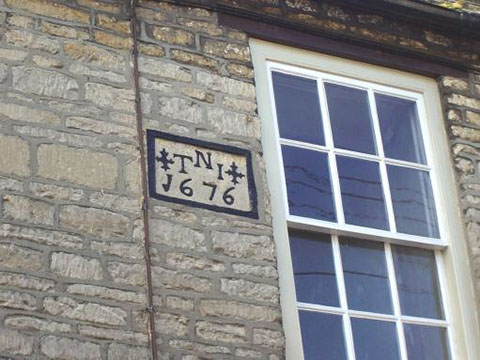 Evidence of Tudor and Stuart Bicester is scarce but elements of the period are accessible in the centre of the town in the buildings and through date plaques. The Shambles Market building and Bicester House are worthy of mention. Wills and inventories of the period provide evidence of the lives of the residents at the time. 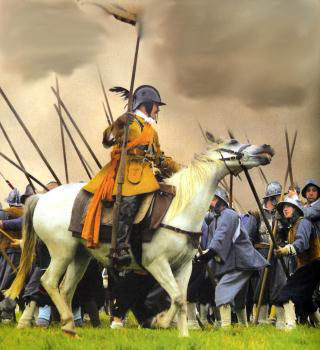 The region was deeply affected during the course of the four years of the English Civil War from 1642 A.D. Opposing forces occupied the area on different occasions. Important military engagements took place at Islip, Boarstall and Brill. The King and Oliver Cromwell were reputed to have stayed at houses in the town during the campaign.