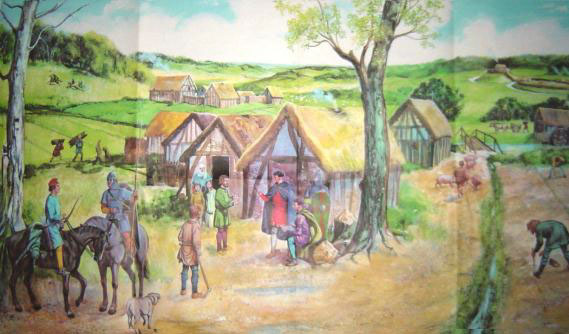 The Norman invasion transformed the area in the centuries following 1066 A.D. Wooden castles were established as bases to suppress opposition such as those at Ardley, Middleton Stoney, Somerton and Mixbury. The Domesday Book of 1086 A.D. reveals evidence of land use, economic activity and population distribution at that time. 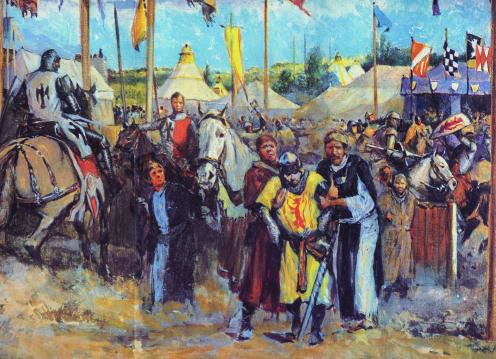 Cottisford Heath became one of only five approved tournament fields in England in 1194 A.D. A number of moated sites remain as evidence of early mediaeval manors. An important example of a secular mediaeval building remains in the form of a Norman Undercroft at Chesterton Manor House. 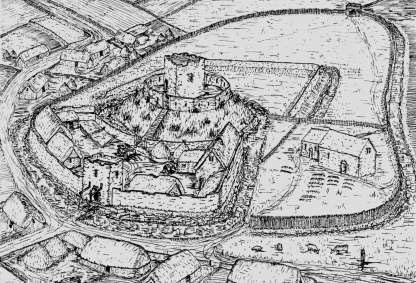 Deer parks were established at Finmere, Tusmore, Kirtlington, Bletchington and Beckley. A park pale bank is evident at Beckley. Middleton Stoney had a stone keep built on the castle mound. This was destroyed in 1216 A.D.

Doomsday evidence of manorial boundaries still exists in Bicester. Old maps illustrate the open field system surrounding the town and the Domesday entry indicates the social composition of the early Norman settlement. Around two hundred residents inhabited Bicester in the C11th. This number changed little over the succeeding centuries although it had risen to over five hundred by the early C16th. 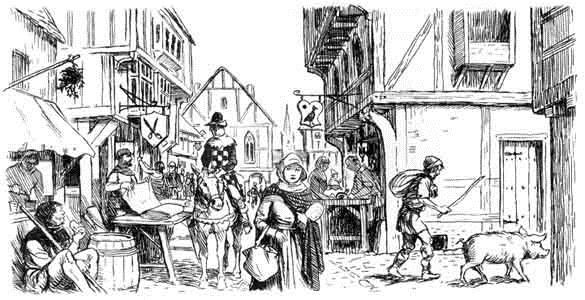 The early town developed at King's End and Market End, linked by a causeway across the Bure. The nuns of Markyate established a Grange Farm close to the site of the present Bicester House. Buildings were small and constructed mainly of timber and wattle and daub with thatched roofs. A road led from the church to Crockwell along the west bank of the Bure and was called "The Street". The mediaeval town expanded because of the development of the Priory from 1182 A.D. Further impetus was gained with the establishment of markets at King's End in 1377 A.D. and Market End in 1460 A.D. The present property boundaries in the town centre reflect the mediaeval burgage plots laid out in the town. Substantial houses became established along the Causeway and in the Market Square with solars and cellars later during the mediaeval period. In 1349 A.D. the town was affected by the Black Death. 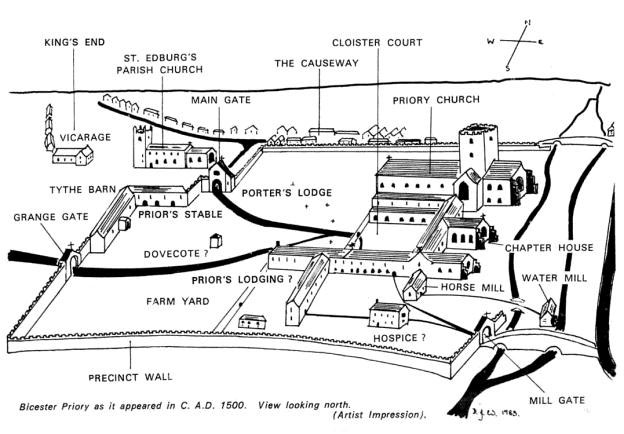 Gilbert Bassett founded the Priory which was finally completed by 1320 A.D. It became a major employer within the town. Excavations in the 1960s revealed a religious complex containing a large church, which housed the 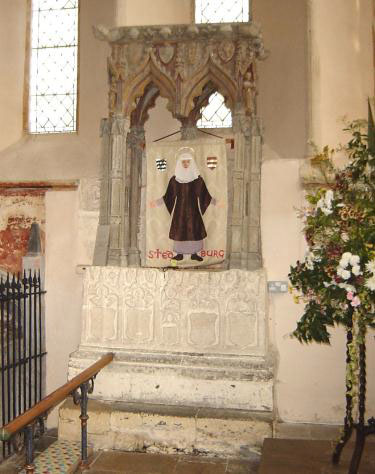 shrine of St Edburg, and other associated monastic buildings, including a hospital. The shrine of St Edburg attracted many pilgrims. Part of the shrine structure is now to be found at Stanton Harcourt Church. The Augustine priors were active within the local community and helped to found St John's Hospital, near Crockwell, in the C13th. St Edburg's Well was reputed to contain waters with healing qualities. Further examples of sacred springs, holy wells and mineral water sources can still be traced in the area. Little remains of the Priory at present, although re-used masonry was used in the construction of The Old Priory and there is a possible old tithe barn building adjoining St Edburg's churchyard. The Priory was demolished in 1536 A.D. following the dissolution of the monasteries.

Deserted mediaeval village sites are common in the area and evidence of mediaeval agriculture is to be found within the ridge and furrow landscape. Fishponds, dovecotes and rabbit warrens were all mediaeval systems of food production.

Surviving mediaeval structures in the area include bridges, such as at Lower Heyford and Northbrook and examples of tithe barns exist at Upper Heyford, Launton and Merton.

Woodlands provided valuable raw materials and were often surrounded by boundary banks. The Royal Forest of Bernwood was extensive and encroached into many of the parishes to the east of our area of study. 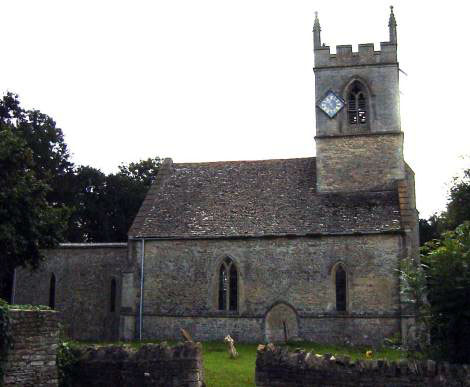 The pottery industry at Brill and Boarstall was significant in the Middle Ages and examples of their wares are widespread in areas beyond our region.

The rich heritage of mediaeval churches bears witness to the artistic merit of the period.