The Garth, on Launton Road, was purchased by the then Bicester Urban District Council at a cost of £6,500 in 1946, largely due to the generosity of Lord Bicester, The Honourable Arthur Child Villiers, Major Adrian Keith-Falconer and Major Philip Fleming.  The building and grounds are still maintained by Bicester Town Council, and the Garth houses the Registry of Births, Deaths and Marriages, the Citizens’ Advice Bureau and Bicester Town council offices.

The Garth was actually built as a private residence and hunting box in the 1870s and its architectural style gives away its origins. Throughout the latter half of the 19th century, a newly rich class of industrialists, merchants and professions were becoming wealthy enough to purchase their own small estates and build their own mansions.  The architectural style that was popular amongst this class was so-called ‘Tudor revival’ pioneered by architects such as Richard Norman Shaw (1831- 1912).

The building is a fairly modest version of this kind of Tudor Revival style.  The front façade has the outline of a 16th century Tudor hall house shape with three projecting gables.  Each of these has small decorative bands of faux black and white timber framing to the first floors.  The right gable seeks to mimic a jettied building – very common in the Tudor period - and the oriel window in the central projection is a Jacobean motif.

The other decorative features are unmistakably Victorian.  There are hanging fish scale tiles on some walls, machine-pierced bargeboards to the dormer windows and gables, and crested ridge tiles on the roof.  At the rear of the building is a small round turret – less to do with Tudor or indeed Jacobean styles – more concerned with a kind of Victorian romantic view of a Englishman’s home being his castle. 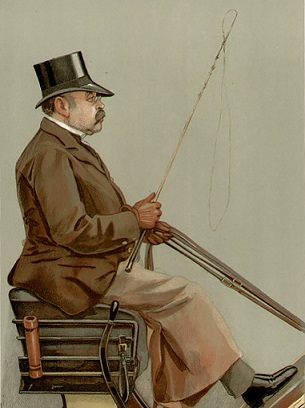 We do not know for sure who originally financed the build of this house in the 1870s, but by 1876 a London-based banker of German origin - Baron Adolf Deichmann - owned it and used it as a hunting lodge.  It was he who renamed the house as the Garth – it had originally been known as the Poplars.   When he became too old to hunt, he turned to four-in-hand coach driving and was reputed to have kept two teams of horses at the Garth for this purpose. 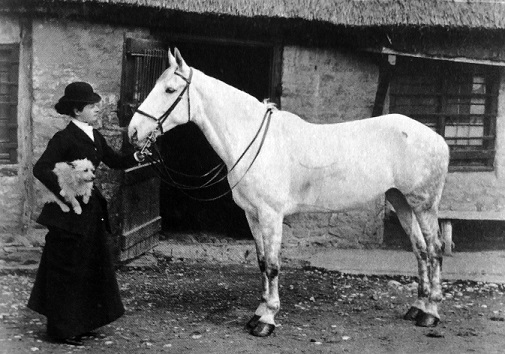 In 1891 the house and park was sold to the Keith Falconer family, also active members of Bicester Hunt, who purchased its 17 acres (land on both sides of the Launton Road) for £8,000.

Various artefacts can be seen in the grounds.   At bell hangs in the gardens at the front of the house, cast by Bicester bell founder Edward Hemins in 1732.  It once hung by the Shambles in the Market Square, and was later relocated to Bicester Workhouse.  The bandstand, built in the 1920s, was originally erected in a suburb of Barnsley.  Declared as scrap, it was purchased and renovated by Bicester Town Council.   A curiosity is the German telephone box, donated to the town in May 1990 by our twin-town Neunkirchen-Seelscheid.

Despite its continued occupation, over the latter years of the twentieth century the fabric of the building fell into disrepair and the top floor became unusable.  In 2012 the building had to be re-roofed and in 2014 government grants were secured to bring part of the house up to modern standards of insulation and double glazing whilst preserving the period features.