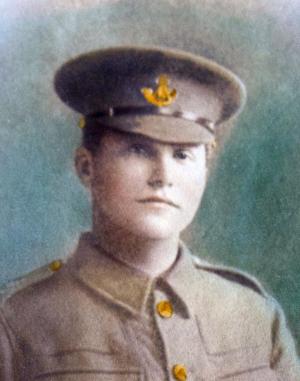 "We regret to hear that Pte. Charles Albert Coles, 4th Batt. Worcestershire Regiment, youngest son of Mrs G. Coles, of Manor Farm Cottages, Bicester, is reported missing from August 6th. He was well known in the town, having been employed previous to his enlistment by Mr Tubb, at the Bank. He took a great interest in the Church Lads Brigade. His last letter was from the Dardanelles on July 20th, and he wrote of his first experiences of fighting the Turks. He joined the O. and B.L.I. and was transferred into the Worcestershire Regiment, being in the 2nd Company. He was 19 years of age.
Pte. Coles belongs to a military family. He has two brothers in the army, and one in the navy and another in munition work. The remaining brother is about to enlist in the army." Bicester Advertiser 10/09/1915