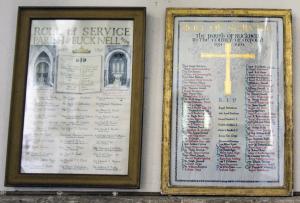 Enlisted on 14th June 1916 and awarded a Silver War Badge on 16th October 1916. This showed he was unable to serve because of poor health. He did not serve overseas. Death recorded in the civil registry under Headington.