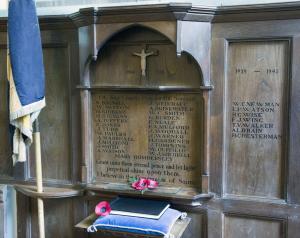 Awarded MC. The citation for his Military Cross states – for conspicuous gallantry during operations. He rushed a machine gun up to the crater of a newly exploded mine, and by his pluck and skill held the enemy off for 40 minutes until our raiding party had withdrawn. He and his team were under heavy fire.