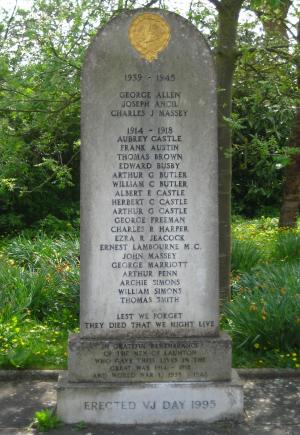 "We have this week to report, with regret, the deaths of two Launton soldiers – Sapper Arthur Penn and Pte. Butler.
The first-named joined the Royal Engineers about a month ago, and was sent to Chatham, where he spent a fortnight in training. He was then sent to Ireland, where another fortnight was spent. On Saturday last he was taken ill, and removed to hospital, where he lay unconscious for 16 hours. He passed away on Sunday morning. A communication received from the hospital authorities stated that the cause of death was uncertain, and asking that permission be given for a post-mortem examination. This permission the relatives refused. Sapper Penn had never enjoyed robust health, and there is little doubt that the hard training and severe weather, acting upon his far from strong constitution, were responsible for his illness, and subsequent death. He was 38 years of age, and leaves a widow and two children. His body is being brought home for burial.
..." Bicester Herald 16/02/1917