Mr Graham introduced his topic with reference to the important period in the history in the County that he was to consider. Oxfordshire was not devastated by enemy action, to the extent of other areas of the Country, but played a crucial role in many respects to the War effort.

A Civil Defence Network had been established in the County as early as 1938 with designated Air Raid Wardens, First Aid Personnel and Fire Watchers appointed. Air Raid precautions were put into place as soon as war was declared. Shelters had been constructed in gardens, pub cellars were used for the same purpose. Children, especially, found the time an exciting one with the increase of activity. The first siren warning of air raids was sounded in Bicester at 7:40 am on 6th September 1939. Blackouts were introduced in the County. Local business traders were quick to seize the opportunity to sell appropriate materials to ensure effective blackouts e.g. Black paper. Car lights were masked. Shops in Oxford had sandbag shelters outside them. It was hazardous to travel at night with so little light. Road curbs had white blobs painted on them to help travellers negotiate the danger. Factories and landmarks were camouflaged to disguise them eg. Cowley factories were painted to obscure their location, the Uffington White Horse was grassed over. Road signs and place names were removed in order not to assist the enemy should an invasion occur. Milestones and War Memorials suffered a similar fate. The blackout was lifted in September 1944 when danger had receded. 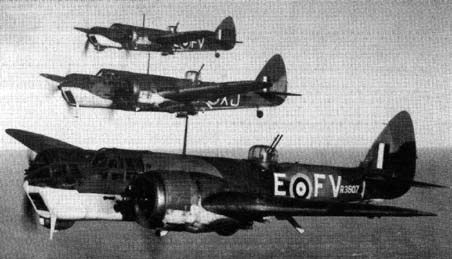 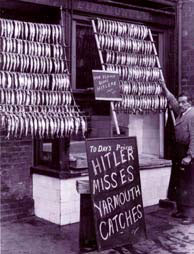 Regular A.R.P. practices were carried out. Gas masks distributed. Babies received their ‘Micky Mouse Gas Protection Suits’ in 1940. Only limited attacks by enemy aircraft took place in the County during the war years. This may have been because Oxfordshire was a communications crossroads or that plans existed to make the County the centre of German rule following the expected invasion. Witney suffered an attack by a lone bomber on 21st/22nd November and over two hundred houses were damaged. Certain local airfields were attacked.

Many evacuees were relocated in the County as early as September 1939. Long trains from the London area arrived. Kenneth Williams was billeted in the town. Parents of the children evacuated visited on occasions. Schools couldn’t cope with their increased numbers. Bignall Park became a School from 1940 until the end of the war. Many businesses relocated and Government Departments to escape the bombing in less fortunate areas. Many of the area’s larger houses were used in this capacity.

Home Guard Units were organised from May 1940 to protect the area from parachutists and to patrol the locality. Some 94 volunteers enlisted in Bicester in the first few days including a number from the Rifle Club. The equipment they used was limited initially and they were called Local Defence Volunteers before Churchill changed the name to ‘The Home Guard’ later. The Force paraded a great deal, good for morale, and trained hard in addition to their normal work commitments.

The importance the female workforce assumed at this time cannot be underestimated. Some 1700 Women’s Land Army volunteers were based in Oxfordshire, many working on the land or in the war production factories in Oxford. Many marginal land areas were reclaimed for food production. The Kidlington Grain Silo was built in 1942.

Saving Campaigns were organised. Bicester raised over £165,000 for ‘Warship Week’ at one stage during the conflict! Items were recycled on a large scale eg. metal railings, glass, books etc. Food rationing took place. Many complaints about food quality were made eg. Frozen lamb in Bicester was called Graf Spee meat, it should have been scuttled like the German warship! Clothes coupons were issued.

Military activity was pronounced in the area with a large number of airfields, the Ordinance Depot at Arncott, many military exercises and troop movements.

Entertainment was important to maintain morale. Bicester had two cinemas, The Regal and The Crown, which burnt down in 1943. The centre of the town was so congested with traffic that a one way system was operated to solve the problem. V.E. Day was celebrated with dancing in The Market Square and a sound system at Highfield!

Members of the Society recounted some of their wartime experiences in the County. Wendy Wall brought along her father’s equipment bag. The Prisoner of War camp at Blackthorn, The Ordinance Depot, Pig Clubs and the ‘Dig for Victory’ Campaign were discussed. Memories of children helping to harvest the crops and summertime being two hours ahead of normal time were also remembered.

Bob Hessian thanked Malcolm for his excellent talk. The Meeting closed at 9:23 pm.