Bicester and the Great War 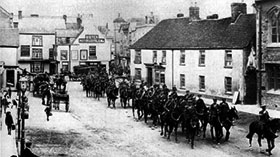 The Meeting was held at St Edburg’s Church Hall, Bicester. Seventy six members and four guests were present at the meeting. Bob Hessian introduced Nigel Walton whose talk related to Bicester and the part the town played in the Great War. 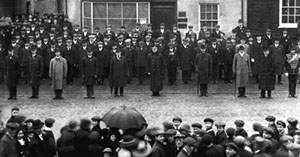 The events of 1914 saw Bicester drawn into the conflict in a number of ways. War was declared on 4th August and by 1915 twenty one men from Bicester were in uniform and serving in the forces. Mobilisation notices were displayed in the windows of the Post Office in Market Square. The effects of the war soon became manifest as even the scouts were mobilised and sugar prices doubled overnight. The Territorial Reserve was called up. Local regiments, including The Queen's Own Oxfordshire Hussars, prepared for action. 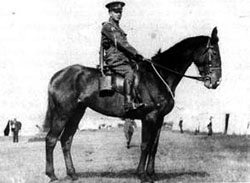 The Regiment, although a cavalry unit, was expected to fight as infantry. They were deployed in this country initially before being posted to France as one of the first Territorial units to see service there. They soon saw action and were fired upon by German machine guns near Ypres soon after arrival. 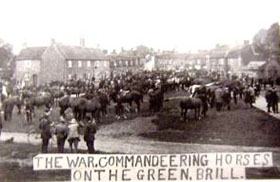 On the 8th August horses were commandeered in the town and surrounding area. Meetings were held to support the troops. Bicester ladies met at St Edburg's Hall to produce clothing and bandages for the troops. Charity events took place to raise money for the war effort and wounded troops. A meeting at the Corn Exchange encouraged men to enlist in Lord Kitchener's army. Local doctors provided health checks for those wishing to serve. Bicester men fought at the first major battle of the war at Mons at the end of August 1914. Lt. C. M. Hoare was the first Bicester man killed in the conflict at this time. Well known local families such as the Keith-Falconers, Fane and Villiers had members of their families serving in the War. Other families in the town enlisted or were later conscripted for service. The fallen from Bicester are recorded on a plaque at St Edburg's Church. 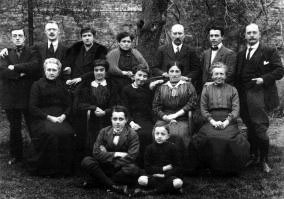 Belgium refugees were welcomed to the town and were treated with great sympathy. They had returned to France by 1916. In October 1914 Bicester Hall was designated as a hospital for the wounded of the Western Front. 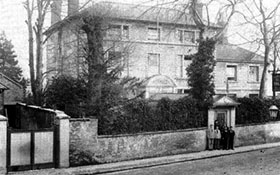 Staffed by local volunteers and doctors the hospital had twenty beds initially which increased to forty beds as the war progressed. With so many men away from the town during the conflict opportunities for women to fill the roles previously occupied by men increased and many undertook voluntary war work to fill the void.

Nigel answered questions at the completion of his talk. The Meeting closed at 9:14pm.