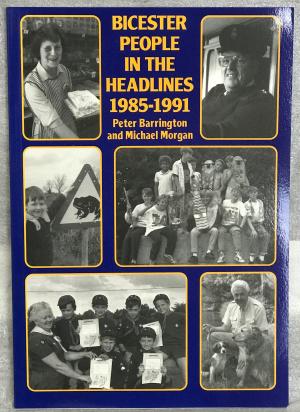 "For more than 30 years Peter Barrington has reported for the Bicester Advertiser and it's sister newspapers the Oxford Mail and Oxford Times. For many of those years freelance photographer Michael Morgan contributed many pictures that accompanied Peter's columns. Now retired, Peter has trawled his archive and put together many of the interesting items covering the period 1985-1991."